Franco Donatoni is among the most prominent Italian composers of his generation, along with his contemporaries Berio and Nono. He studied with Ettore Desderi, Lno Liviabella, and in Rome with Pizzetti. A noted pedagogue, he has taught at the Bologna Conservatory, the Verdi conservatories of Turin and Milan, and from 1960 at Accademia Musicale Chigiana in Siena. Donatoni's most prominent early influence was Bartók, along with his countryman Petrassi. To them one might trace the roots of Donatoni's distinctively vibrant rhythmic style and concern for instrumental color.

In the 1950s, Donatoni entered the sphere of influence of Bruno Maderna, who was in Verona at that time, and became a member of the Darmstadt circle including Boulez and Stockhausen. Boulez's music was a strong influence, and Donatoni began working with strict serial techniques in the late 1950s. By 1960 Donatoni had come under the spell of John Cage and the use of chance procedures in music. This elicited a crisis of faith that led to a complete cessation of compositional productivity by 1965. In 1966 he wrote what stands virtually as his first extant, characteristic piece, Etwas ruhiger im Ausdruck (Somewhat Peaceful in Outlook); the composer has destroyed much of his prior music, considering that early oeuvre derivative. (Some of the music that was in circulation by that time remains available and published.) Etwas ruhiger im Ausdruck is based on a fragment of a Schoenberg piano piece that includes the title phrase as a performance instruction. Donatoni found a new way to compose via the proliferation of Schoenberg's seed material.

Another crisis arose in 1974, precipitating a break in productivity that lasted more than two years. The first piece after that hiatus was Ash, written on commission from the Chiagi academy. Donatoni's wife convinced him to accept the commission and complete the work. Although the composer is convinced that his crises reappear every seven years or so, there have been none so devastating as that of the mid-1970s.

Donatoni's late work is characterized by driven rhythms, quick-cut changes in texture, and compulsive development of constrained melodic material. Pieces from this period include the quasi-cello concerto Le Ruisseau sur l'escalier (The Brook on the Staircase, 1980), L'ultima sera (1980), Tema (1982), the woodwind quintet Blow (1989), and the solo piano Françoise Variations (1983 - 1996). He has written a great deal of vocal work, though his instrumental work is better known. In a macro-scale refraction of the development processes within his pieces, Donatoni continues to reuse and re-contextualize material from one piece to the next. For example, his instrumental work Tema uses material from the vocal-and-ensemble work L'ultima sera. Titles, too, are subject to anagrammatic and other transformations, leading to chains of relationships: for example, Tema deriving from the middle part of L'ultima, and the piece names Ala and Rima combining for the later title Alamari. To some degree the composer considers each piece a part of a single, larger work comprising his output as a whole, an ongoing transformation of a limited amount of expression, material, and processes. The technique and invention of this output relies on, but is not limited by, Franco Donatoni's assimilation of the major tenets of avant-garde musical thought since the 1950s. 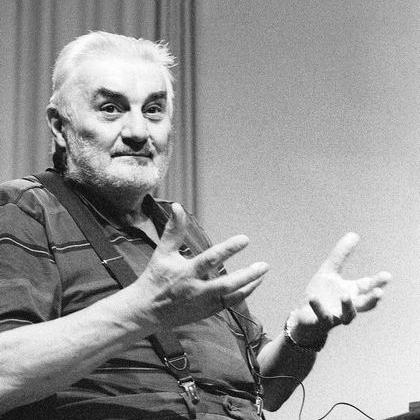