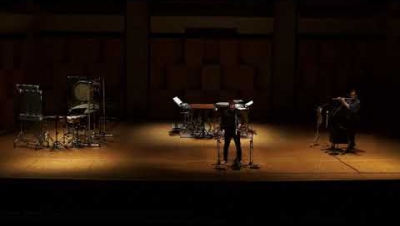 The title, ''... The Whistling of the Winds Bearers of Love ... '' is a quotation from the Spiritual Canticle XIV by St. John of the Cross.

The theme of this work is wind, physically and spiritually (pneuma, spiritus). Its presence forms the music - breath, through the pureness of silence : frozen states, fringes of existence, warmth that melts and fertilizes in multiplied and endless plays and possibilities (''... bearers of love... '').

In addition to this verse, two '' presences '' must be mentioned - the winter (moment of composition) and the fascinating idea of the first moment of the Resurrection (see the melodies Resurrexi and of the Alleluia of Easter in plainchant).

The experiments, especially with the various pitches of the flute's '' whistle tones '', were particularly stimulating and useful.

The work is dedicated to my mother, and also to the musicians who gave the premiere, Robert Cram, flute and Ian Bernard, percussion. 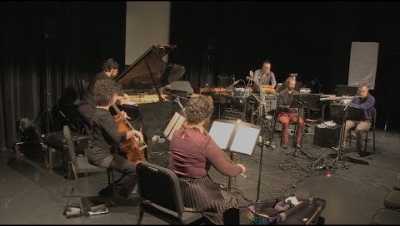 Alone and unalone is an examination of the relationship between individual and collective experience. When we listen to music together, as in a concert, we share a common reality, but we simultaneously have individual, unsharable  experiences in our own heads. The piece magnifies this condition by diffusing sound through headphones for the audience: each listener hears sound directed especially toward their own ears at the same time as they hear acoustic and electroacoustic sound in the space common to the other listeners. A confrontation of the philosophical problem of other minds, the affect of the piece endeavours to teeter between solipsism and the kind of empathy-building that occurs through art.

Alone and unalone was commissioned by Ensemble Paramirabo with support from the Canada Council for the Arts. 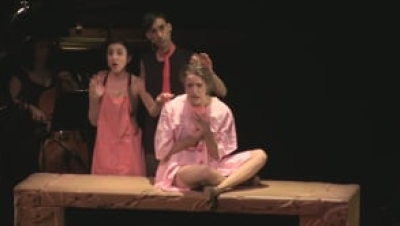 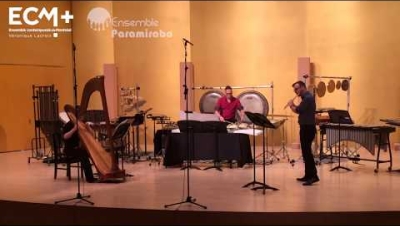 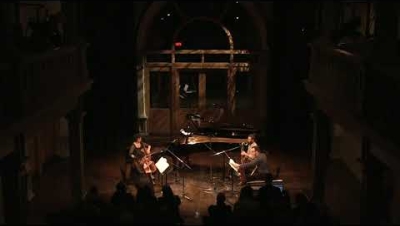 AMONG AM A concerns different modes of listening during a concert experience, and attempts to create an environment where musical listening and environmental listening are blurred: everyday sounds are musicalised, and musical gestures are made concrete. The work thus provides a means to re-examine the performance conditions that create distinctions between musical and non-musical acts, spaces, and sounds. Over the course of the work, the sanctioning of musical space and sound is deconstructed.

The work derives some of its material from Better Git It In Your Soul, the first track from Charles Mingus’ Mingus Ah Um. Mingus often included vocalisations and other ‘extra-musical’ sounds in his studio recordings - in Better Git It In Your Soul, the function of one of these vocalisations is blurred as the shout of “OH YEAH” during the refrain is musicalised through its repetition and ‘crossfade’ transformation into the timbre of of a saxophone wail.

AMONG AM A also concerns the affective qualities of sound, especially as social functions in collective or individual settings. Sounds of revelry are often acoustically similar to sounds of terror - addressing this ambiguity in the work is a means to address my own anxiety in crowds, and the experience of being one among many.

AMONG AM A was commissioned by Ensemble Paramirabo with support from the Conseil des arts et des lettres du Québec, and the Canada Council for the Arts. 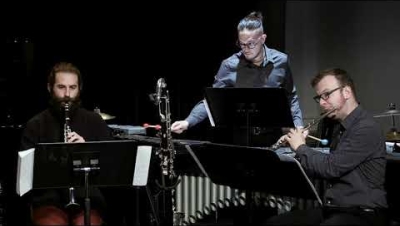 Commedia dell’arte is a theatrical genre that appeared in the 16th century and was a kind of satire of the social values of the time. Through stock characters like Pantalone, il Dottore, Harlequin, Columbina, or Pulcinella, a range of social architypes (aristocrats, servants, etc.) are staged by means of a plot built around betrayal, desire, conspiracy, and other ups and downs of our overly human humanity... Each story is thus a framework with which the actors improvise the performance. Scenes that move the story forward are interwoven with lazzi, which are stock comedic routines of a rather physical nature. From all this, laughter, voracity, bawdiness, and mockery set the tone, and above all this caustic mayhem soar the innamorati (the lovers). They speak to each other in the language of love, displaying a sensitivity and refinement that is otherworldly (perhaps this confers on them an aspect of the eternal, in perfect contrast with the other characters).

In Commedia della musica, I asked myself which musical archetypes would allow me to paint a portrait of our world today. I got caught up in summoning musical personalities who I felt were able, by means of allusions, citations, or borrowing techniques, to translate an aspect of our reality: who could speak to infobesity, cyberattacks, multiplicity, the sacred, globalized mobility, climate upheaval, terrorism, and of course... love... Without providing all the keys to the associations I made (quite freely and with humour!), here are the titles of each section (or “scene”) of the piece:  Carcerati d’invenzione; Lazzo del minimalista; Colonna infinita; Libro dei mutamenti (I Ching); Mystico- elastico; Vertigo temporis; Lazzo (mashup) del terrorista; Cataclisma naturale; Lonely Pierrot...

A final warning: any resemblance to known (musical) persons is not unintentional.

The composition of this piece has been made possible through the generous support of Conseil des arts et des lettres du Québec (CALQ). 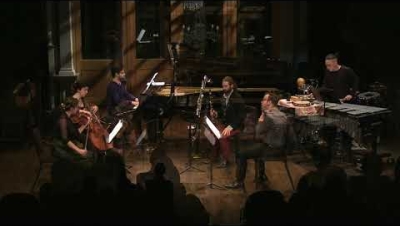 In this piece, I used an eight-chord pattern repeated several times, each time in a different manner, reminiscent of the form of a chacone. In the middle of the piece, we find a clarinet and violin cadenza. The material used in this piece was inspired by the folklore of the Balkans. Ciaccona is dedicated to my parents. 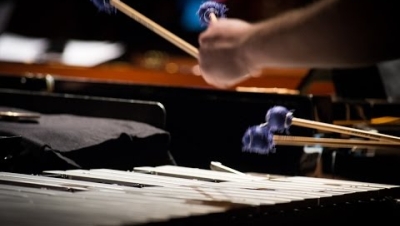 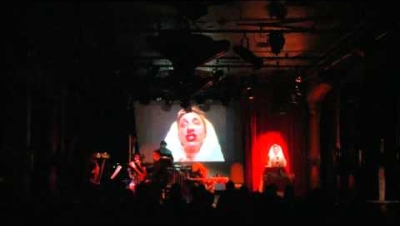